How to Sell Your Best Ideas 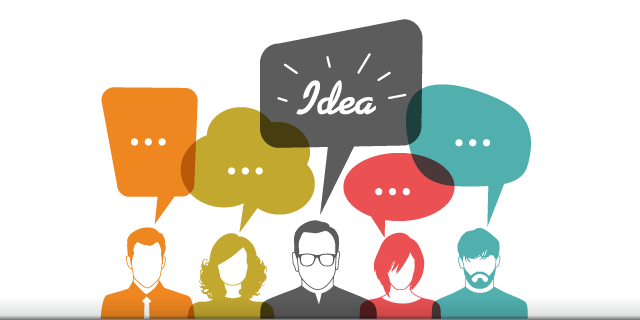 The other day I was just wrapping up a seminar on sales when a client approached me and asked for an example of what I would consider to be the greatest salesperson ever.

“I mean, who can you think of who took their very best idea and put it out there and persuaded people to buy into it,” the woman asked me.

I said I had to think about it and I would answer her in an upcoming blog. This is my answer.

After mulling the question over for some time, I believe that the most persuasive salesperson I can think of was the late US President John F. Kennedy when he persuaded an entire nation to back his idea of sending a man to the moon.

You have to think about it. It was even more impressive than Christopher Columbus persuading his backers that the world was round.

So if you are looking for the best sales presentation you have ever seen in your life, check out Kennedy’s plea for support for his space program that would send astronauts to the moon. The speech, made May 25, 1961 in Houston, Texas, was called “The Decision to Go to the Moon” and it can still be viewed on YouTube (https://www.youtube.com/watch?v=5_K8PGvZ5_Y).

It is a classic, and every person who wants to learn the fine act of persuading others to buy into their idea should study it from start to finish.

It can best be summarized into five specific rules of engagement for persuasion:

Let us analyze how that worked in Kennedy’s speech. Keep in mind that in his mind, the issue was very clear and he was tremendously passionate about his idea. He had a lot at stake in his presidency and his goal to get re-elected. A month before he made his address, the Soviet Union launched the first man into space and the move was seen in the Communist regime as a tremendous public relations coup. Kennedy wanted to up the stakes and have his astronaut actually land on the moon to keep his country greater in the public relations stakes against the Soviets.

So Kennedy first told his buyers (the public) why his idea mattered. He looked at it from his audience’s eyes and told them it mattered because he needed to protect their interests in space where “there is no strife, no prejudice, no national conflict…AS YET.”

He made it clear there could be no dawdling or hesitation if the country’s interest and indeed the world interest was to be protected.

“Its conquest deserves the best of all mankind, and its opportunity for peaceful cooperation may never come again.”

If people bought into his proposed action, they would see the best of themselves and their energy and skill manifested. The bleak opposite side was essentially that if they did not do this, someone else would walk away with the glory and prohibit them from being the best they could be.

Then he issued his brilliant call to action “…this challenge is one that we are willing to accept, one we are unwilling to postpone, and one which we intend to win, and the others, too.” In other words, buying into his idea made the customer the winner.

Kennedy appeared passionate and authentic and that is an unbeatable combination in sales.

Want to be the best? Watch the best and learn from them.

To check out Paula’s book, “Bold Courage: How Owning Your Awesome Changes Everything” go to Amazon http://ow.ly/i8yW307ix67