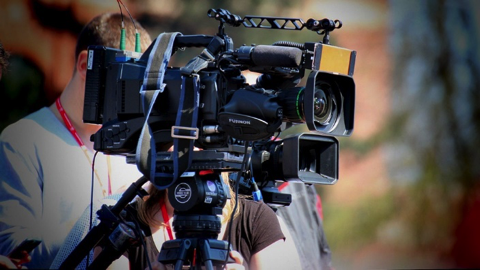 Every year of my life I hear a couple of things that totally change the way I think about something.

In 2017, I learned to think differently about the whole aspect of competition in our lives. In an unrelated but important other line of thought, I also changed my mind about my predominant response to the many refugees Canada welcomed from war-torn countries.

Both came from interviews or TED talks I watched on YouTube (www.youtube.com).

Let’s start with the subject of competition.

You compete against others, right?

I am a naturally competitive person. It is in my nature and a motivator for some of my successes as an entrepreneur. I am always aware of what my business competitors are doing, watching trends and initiatives that others are taking, and being conscious of staying ahead of the curve.

In that way, I doubt that I am very different from most people in business today.

Then I watched a YouTube interview with a remarkable young woman named Penny Oleksiask.

She is a competitive swimmer, Canada’s youngest Olympic gold medalist, and holds the national record for the most Olympic medals in a single summer.

She competed at her first senior event in the 2016 Rio Olympic Games where she won four medals and was Team Canada’s flag bearer at the closing ceremonies.

Today she holds the Olympic Record for the 100 Freestyle and has broken more than 20 Canadian Senior and 10 World Junior Records.

Browsing through YouTube, I chanced on an interview with Oleksiask by show host Jamie Clark. The caption noted that Penny would be discussing her achievements so I tuned in thinking this would give me some insight on how she managed to compete with so many other gifted athletes.

The interview was slow at the start…the host pressing to get more than yes or no answers and the young woman a little ill at ease and guarded in her answers. Something made me stay with it.

Well into the conversation, Clark tapped into Oleksiask feelings when she is competing at the Olympic level and asked her specifically about being in the pool at Rio.

Then the athlete came out with a line that stuck with me. She described how she doesn’t even see anybody else in the pool.

“I am just obsessed with knowing I’m trying my best,” she said.

Nobody can fault the effectiveness of her competitive strategy. It works like nothing the world has ever seen before.

It is a fascinating take on the concept of competition. Do we spend too much time studying what others are doing and not enough on trying to be our very best?

It was one of my favourite thoughts of the year and has changed the way I view competition. I look less at what others are doing and more at challenging myself to consider if I am doing my very best.

You can see the whole interview at https://www.youtube.com/watch?v=kqcv-p_Kv3Y.

The other best line of the year to me came from Luma Mufleh, a Jordanian immigrant of Syrian descent who founded the first accredited school for refugees in the United States.

In her video, she shares stories of hope and resilience, giving a very powerful talk about making a personal difference in the lives of refugees.

Do you feel sorry for the refugees?

I was drawn to this video (https://www.youtube.com/watch?v=6wNif5SlN08) because in Canada we have welcomed so many Syrian refugees this year and their plight has touched our hearts.

Like so many Canadians, I felt so sorry for these people whose lives have been so disrupted and who have been forced to endure so much hardship.

The best line from Mufleh was when she reminded us:

“Don’t feel sorry for refugees – believe in them.”

It says it all when it comes to helping people restart their life journey in a new place, doesn’t it? They need our faith and support, not our pity.

From that point forward I looked at their plight with different eyes.

This is an issue that concerns all of us since all our lives have been touched by the arrival of 35,147 immigrants from Syria to Canada since November, 2015.

From this point forward, my compassion will be tempered with my belief and confidence in our new friends.

Paula Morand is a leadership building, revenue boosting, strategy expanding keynote speaker, author and visionary. This dreaming big and being bold leadership expert and brand strategist brings her vibrant energy, humor and wisdom to ignite individuals, organizations and communities to lead change, growth and impact in a more bold fashion.

Check out Paula’s bestselling books on Amazon: “Bold Courage: How Owning Your Awesome Changes Everything”, “Dreaming BIG and Being BOLD: Inspiring stories from Trailblazers, Visionaries and Change Makers” book series; and due to be released in January 2018 “Bold Vision: A Leader’s Playbook for Managing Growth”.