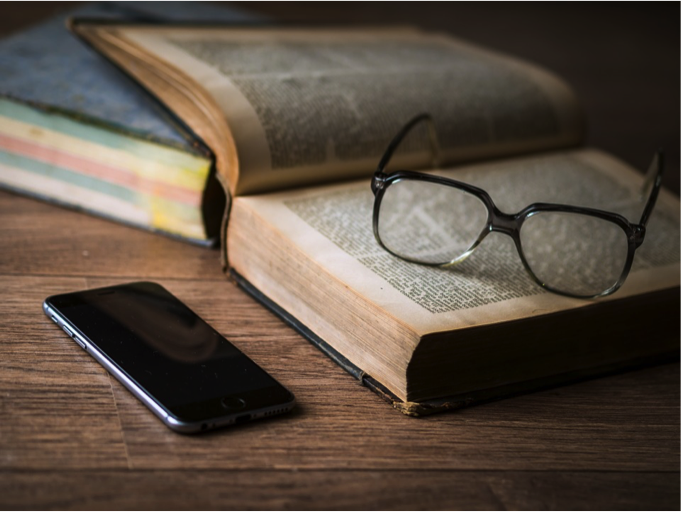 Whose Work Do You Study?

Most people in business today have accepted as the truth that two heads are better than one when it comes to decision making.

But we are slower in accepting the reality that if we want to keep coming up with fresh ideas ourselves, we must also consult and study the ideas of others.

The reason is that when you look at an idea that is not your own, you become intrigued by it and engaged with it. And that leads you to take it to a new dimension, and add to it, or subtract from it, and turn it into something entirely unique and your own.

In other words, we must all study the works of others throughout our lives to grow our own dimensions.

For example, the other day I was looking for a quotation to add a dimension to something I was writing, and up popped the often-quoted Eleanor Roosevelt. On a whim, I decided to read more about her and her ideas.

And that’s when I found her remark that “when you adopt the standards and values of someone else…you surrender your own integrity (and) become, to the extent of your surrender, less of a human being.”

It hit me with the force of a firecracker. It also put the late Mrs. Roosevelt on my list of people I would study in the next few weeks.

It also prompted me to ask my clients that day: “Whose work do you study?”

We all need a little inspiration. We need to hone our critical thinking skills and polish them and take them to new areas of space and enlightenment.

I know we are all busy and can’t devote hours turning the pages of dusty books in the rapture of discovering some sage from the past. But we can invest five more minutes to do a Google search on someone and see their dominant big idea in life and re-imagine that idea within the context of what we are dealing with.

Many of the clients my team and I work with on branding are extremely uncomfortable with branding themselves and promoting themselves. Their shyness often masks a sense of insecurity with where they stand, a bashfulness about being bold as they need to be. They have accomplished great things, but they are still mired in self-criticism.

In the process of thinking about this, I stumbled on a reference to Adam Phillips and his essay “Against Self-Criticism” and I knew I had to study more about that. The essay is part of a collection of writings in his book Unforbidden Pleasures.

He tackled the issue so many of us face every day, and that is our never-ending criticism of ourselves. He dared to suggest we could do away with self-criticism.

That would only be possible, he suggested, if we had an alternative approach to judging the world.

“…We have to imagine a world in which celebration is less suspect than criticism, in which the alternatives of celebration and criticism are seen as a determined narrowing of the repertoire; and in which we praise whatever we can.”

I was fascinated. Could we build such a world?

Phillips pondered if it would be possible for us as a society to drop all the relentless criticism of ourselves. At the very least, he considered if we could create a world where self-criticism ceased to “have the hold over us that it does.”

Our world is full of people who are continually attacking their own character. We are too fat, too short, too stupid, too lazy, too clumsy or too unlovable in our own minds. We are mentally violent to ourselves every day, many times a day, to the point that for some people, this unrelenting criticism spirals into full-blown depression.

We judge ourselves far more harshly than anyone else judges us.

Reading Phillips’ point of view made me question if such a new world could be possible. I don’t know yet, but I know for the first time today I am considering how it could work even on a personal basis.

When we engage with the ideas of others, we allow ourselves to consider many different dimensions and angles on an issue and in that process, we grow.

Study doesn’t have to be enrolling in a course or committing to a four-year degree program. It means allowing the ideas of others to enter our minds and giving them full consideration as part of every day.

In that way, we will learn to love ourselves more; we will be kinder, and we will be able to focus on the broader reason for our being, rather than obsessing about what we don’t think we can do.

To check out Paula’s book, “Bold Courage: How Owning Your Awesome Changes Everything” go to Amazon http://ow.ly/i8yW307ix67